Today Allen Seaby is perhaps chiefly remembered as a bird painter whose illustrations appeared in FB Kirkman’s The British Bird Book (1910-1913) and the Ladybird series British Birds and their Nests. However, his greatest impact on the world of art was as a teacher and a woodcut printmaker.

Seaby began teaching at Reading School of Art in 1899, a year after Frank Morley Fletcher had been appointed its headmaster. Morley Fletcher taught the class on ‘woodcuts in colour’ using the Japanese process and introduced Seaby to the technique, one in which he soon excelled, taking over the class in 1905 when Morley Fletcher left for Edinburgh. Seaby became the school’s director in 1911.

Seaby was also a prolific book illustrator and author whose output included art manuals, natural history and children’s story books. One of his passions was the wild pony breeds of Britain and he wrote five stories based around these, the first being Skewbald: The New Forest Pony (1923), inspired by annual camping holidays in the area made from 1918 onwards.

In the two sections below we look at Seaby’s style, technique and inspiration and the time he spent in the New Forest. 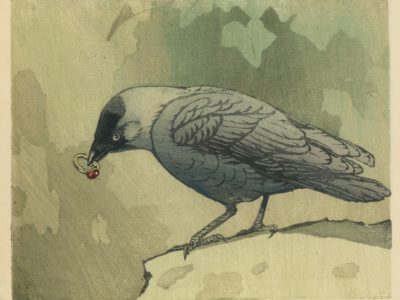 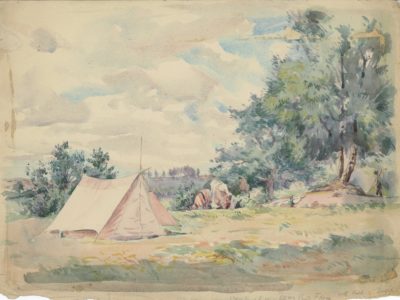 Seaby and the New Forest