When John Howlett was offered the post of General Manager of South Coast Garages in Lymington in 1912, he achieved a lifelong dream becoming, in his own words, “as near as damn it, my own boss”. The garages, owned by Henry Dent of Buckland Manor, were performing very poorly, being inefficiently run and frequently in debt.

Howlett began specialising in the repair of Austin cars. Gathering an experienced group of nine mechanics around him, he was able to put the garages on a more stable footing. At the same time he became friendly with Mr St George Caulfield, who owned a machine shop at Vicar’s Hill in Boldre. Caulfield, a wealthy man, was using his machine shop for experimental work: some relating to X-ray equipment and some to the development of a petrol turbine. This relationship was to prove extremely beneficial to Howlett in the future.

The outbreak of war in 1914 initially had a disastrous effect on South Coast Garages. Nearly all of Howlett’s mechanics left to join the army and the demand for car repairs plummeted. However, by 1915 small engineering firms were urgently required to make shell cases, as Britain was fighting a war without enough ammunition. The machinery at South Coast Garages was inadequate, but Howlett’s friend St George Caulfield at Vicar’s Hill agreed to make his more modern machinery available. Howlett obtained a government contract and began manufacturing shell casings, soon producing 500 a week.

As he noted in his autobiography, ‘We worked round the clock on shifts, we worked Saturdays and Sundays alike, and we soon overhauled the 100 shells a week that we had been asked for and began to make our way towards much higher targets’.

Late in 1916 Howlett also started producing piston rings, realising that quality piston rings were essential to the internal
combustion engine of cars and aeroplanes. More profitable than shell cases, these were just as necessary for the war effort. A chance meeting in London led to Howlett being given a trial order for 10,000 piston rings for the Bentley Rotary
engine. This was a complicated ring to make, but with the help of William Gray and the engineer George Lanchester, they were able to patent a new method of production. By 1918, piston rings accounted for almost half of total sales. 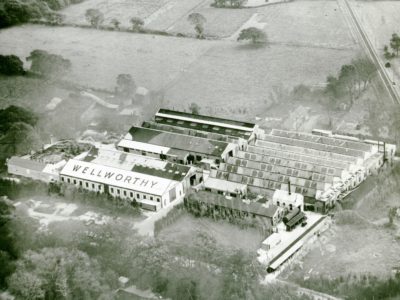 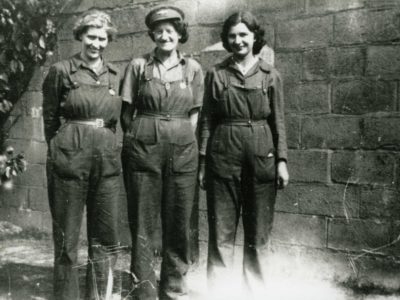